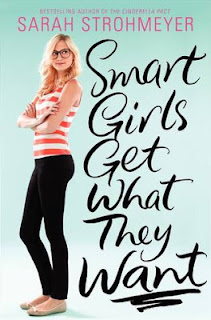 
Gigi, Bea, and Neerja are best friends and total overachievers. Even if they aren't the most popular girls in school, they aren't too worried. They know their "real" lives will begin once they get to their Ivy League colleges. There will be ivy, and there will be cute guys in the libraries (hopefully with English accents)! But when an unexpected event shows them they're missing out on the full high school experience, it's time to come out of the honors lounge and into the spotlight. They make a pact: They will each take on their greatest challenge--and they will totally rock it.

Gigi decides to run for student rep, but she'll have to get over her fear of public speaking--and go head-to-head with gorgeous California Will. Bea used to be one of the best skiers around, until she was derailed. It could be time for her to take the plunge again. And Neerja loves the drama club but has always stayed behind the scenes--until now.

These friends are determined to show the world that smart girls really can get what they want--but that could mean getting way more attention than they ever bargained for. . . . 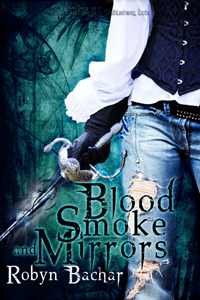 
Even a bad witch deserves a second chance.

Wrongly accused of using her magic to harm, the closest Catherine Baker comes to helping others is serving their coffee. Life as an outcast is nothing new, thanks to her father’s reputation, but the injustice stings. Especially since the man she loved turned her in.

Now the man has the gall to show up and suggest she become the next Titania? She’d rather wipe that charming grin off his face with a pot of hot java to the groin.

Alexander Duquesne has never faltered in his duties as a guardian -- until now. The lingering guilt over Cat’s exile and the recent death of his best friend have shaken his dedication. With the murder of the old Titania, the faerie realm teeters on the brink of chaos. His new orders: keep Cat alive at all costs.

Hunted by a powerful stranger intent on drawing her into an evil web, Cat reluctantly accepts Lex’s protection and the resurrected desire that comes along with it. Lex faces the fight of his life to keep her safe...and win her back. If they both survive. 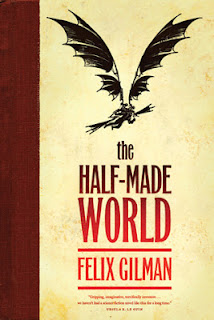 
A fantastical reimagining of the American West which draws its influence from steampunk, the American western tradition, and magical realism
The world is only half made. What exists has been carved out amidst a war between two rival factions: the Line, paving the world with industry and claiming its residents as slaves; and the Gun, a cult of terror and violence that cripples the population with fear. The only hope at stopping them has seemingly disappeared--the Red Republic that once battled the Gun and the Line, and almost won. Now they're just a myth, a bedtime story parents tell their children, of hope.

To the west lies a vast, uncharted world, inhabited only by the legends of the immortal and powerful Hill People, who live at one with the earth and its elements. Liv Alverhyusen, a doctor of the new science of psychology, travels to the edge of the made world to a spiritually protected mental institution in order to study the minds of those broken by the Gun and the Line. In its rooms lies an old general of the Red Republic, a man whose shattered mind just may hold the secret to stopping the Gun and the Line. And either side will do anything to understand how..