It's a beautiful day where I am so I am only going to do a few. If you are interesting in browsing here at all the nookbooks $2.99 and under. 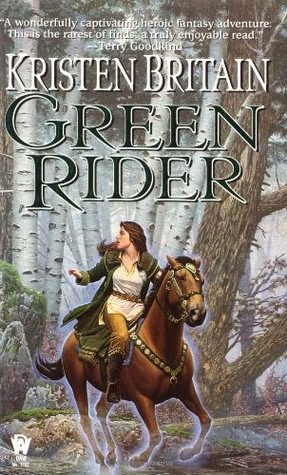 
On her long journey home from school after a fight which will surely lead to her expulsion, Karigan G'ladheon ponders her future as she trudges through the immense forest called Green Cloak. But her thoughts are interrupted by the clattering of hooves as a galloping horse bursts from the woods, the rider slumped over his mount's neck, impaled by two black-shafted arrows. As the young man lies dying on the road, he tells Karigan that he is a Green Rider, one of the legendary messengers of the king, and that he bears a "life and death" message for King Zachary. He begs Karigan to carry his message, warning her not to read it, and when she reluctantly agrees, he makes her swear on his sword to complete his mission "for love of country." As he bestows upon her the golden winged-horse brooch which is the symbol of his office, he whispers on his dying breath, "Beware the shadow man..."

Karigan's promise changes her life forever. Pursued by unknown assassins, following a path only her horse seems to know, and accompanied by the silent specter of the original messenger, she herself becomes a legendary Green Rider. Caught up in a world of deadly danger and complex magic, compelled by forces she cannot understand, Karigan is hounded by dark beings bent on seeing that the message, and its reluctant carrier, never reach their destination. 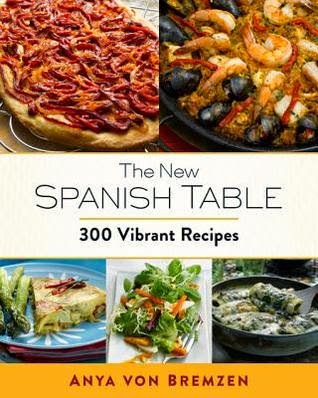 
Welcome to the world's most exciting foodscape, Spain, with its vibrant marriage of rustic traditions, Mediterranean palate, and endlessly inventive cooks. "The New Spanish Table" lavishes with sexy tapas --Crisp Potatoes with Spicy Tomato Sauce, Goat Cheese-Stuffed Pequillo Peppers. Heralds a gazpacho revolution--try the luscious, neon pink combination of cherry, tomato, and beet. Turns paella on its head with the dinner party favorite, Toasted Pasta "Paella" with Shrimp. From "taberna" owners and Michelin-starred chefs, farmers, fishermen, winemakers, and nuns who bake like a dream--in all, 300 glorious recipes, illustrated throughout in dazzling color. "Estupendo!"