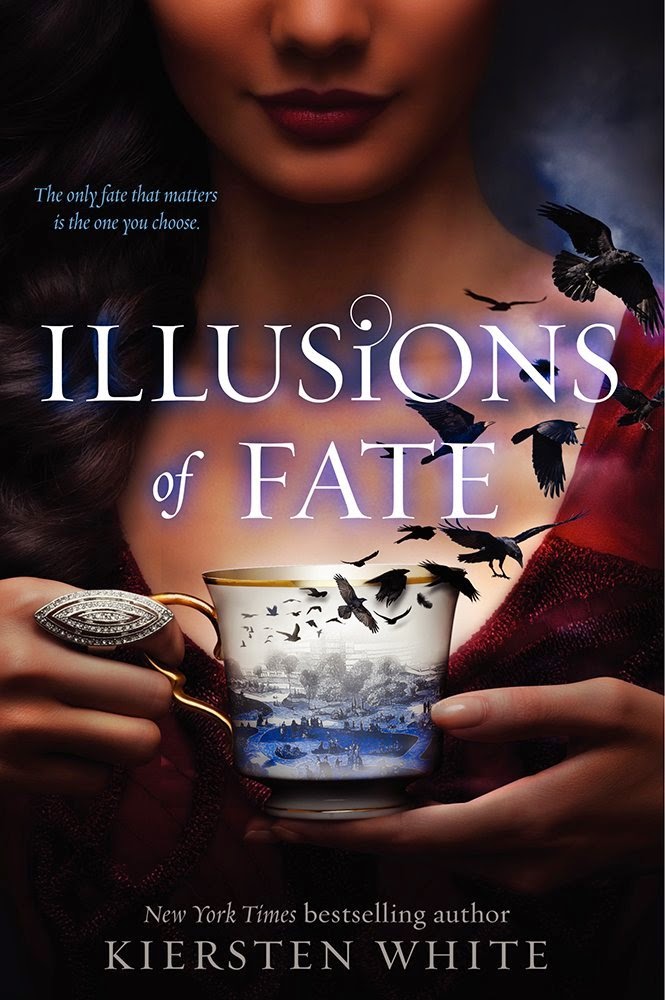 Title:  Illusions of Fate
Author:  Kiersten White
Publication Information: HarperTeen - September 2014
How I Got This Book:  Sent for review consideration.
Rating: 4 out of 5 stars

Summary: Jessamin has been an outcast since she moved from her island home of Melei to the dreary country of Albion. Everything changes when she meets Finn, a gorgeous, enigmatic young lord who introduces her to the secret world of Albion’s nobility, a world that has everything Jessamin doesn’t—power, money, status…and magic. But Finn has secrets of his own, dangerous secrets that the vicious Lord Downpike will do anything to possess. Unless Jessamin, armed only with her wits and her determination, can stop him.


I'm so series weary but it breaks my heart that this book is a standalone to be honest. There is SO much that can be explored..I know it. The world was sparsely built but it worked and I think there could be SO much to explore within it and the magic introduced. It's a fantasy world but it feels a lot like London to me. I loved the magic element placed in a normal world and how it was only people with royal bloodlines that had access to it. I think that's something that could be explored even further. YES THIS IS ME BEGGING FOR ANOTHER BOOK. (I promise it's such a complete book but you are going to want more!).

The characters are AWESOME. Jessamin -- she's so badass. She's overcome a lot and she's currently living far away from home, is judged by the color of her skin and is trying so hard to excel in school. She refuses to let anything get in her way. I instantly rooted for her. And then there's Finn. Their path's cross and I enjoyed every moment of it. The BANTER. THE ROMANCE. It went instantly to my swoon-swoon-swoon shelf on Goodreads.  And then honestly? MY FAVORITE CHARACTER. Eleanor. So underestimated but she's a force to be reckoned with.

The plot went full speed ahead and surprised me at times! I loved watching them try to work together to take down the baddie!

If you like fantasy and are looking for a standalone (trust me you are going to be wishing you could have more), CHECK THIS OUT. It's soooo underrated and didn't get nearly enough attention -- plus it contains a good romance and the banter is plentiful!


Have you read this one? What did YOU think? Also, tell me any other fantasy standalones!