and the sequel, Desires of the Dead

, was released this month! It's a supernatural thriller about a girl who is able to hear the echos of the dead---but only those who were murdered. It's chilling and unique and you can read my review of Desires of the Dead here and read my review of The Body Finder on my personal blog here.

1) One thing I really enjoyed about both The Body Finder and Desires of the Dead was the alternating perspective you provided in some chapters. I felt that in The Body Finder this really added to the creepiness of the novel. What sort of research did you do to get in the "killer" mindset?Honestly, I feel like I’ve been “researching” this for most of my life. I’ve had an obsession with crime thrillers, both fiction and non-fiction since I was a 12. I remember reading Helter Skelter (the book about the Charles Manson killings) as a teen, and thinking how cool it was that the author got to examine the inner-workings of Manson and his crazy world. Little did I know that years later, I would be creating my own creepy killers!

2) I found Violet and Jay's relationship to be so refreshing. It was SO authentic and not of the "insta-romance" variety and I just loved it. Did you draw on any personal relationships or relationships from tv/movies/books to create this relationship? And what made you decide to go with the "friend turned more" plot line?For me, Jay and Violet have the kind of relationship I wish I’d had in high school. Like most teens, I spent way too much time daydreaming about what my dream boyfriend would be like, and it was almost always someone like Jay. For the books, I really wanted Jay & Violet’s relationship to be something stronger than the love at first sight story, so I figured there was nothing stronger than childhood friends who become something more. 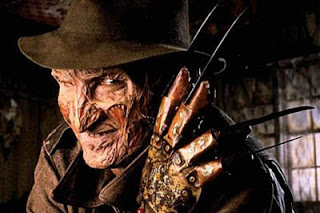 3) The Body Finder and Desires of the Dead are full of thrills, chills and lots of mystery. What are some books/movies that have creeped you out?

The Shining is the book (and movie) that started it all for me.

Some of my favorite chilling books have been: Silence of the Lambs by Thomas Harris (“it puts the lotion on the skin, or it gets the hose…”); IT by Stephen King (I never looked at my bathroom drain the same again); and believe it or not, Jurassic Park by Michael Crichton (the book more so than the movie)…it was thrilling!

Movies, of course, The Sixth Sense because I NEVER saw that ending coming and I loved that! The original Nightmare on Elm Street, although I have a feeling it wouldn’t be nearly as scary now. And Paranormal Activity, although I wouldn’t really know since I couldn’t watch it without covering my eyes and never actually finished it…scariest movie ever!

4) If you could cast two people to play Violet and Jay in a movie, who would you cast and why?

For Violet, I kind of like Elizabeth Gillies or Emma Roberts. And for Jay, Dustin Milligan seems just about perfect. 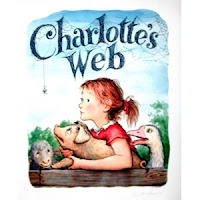 5) If you could create a mashup of one of your favorite books from your childhood and a YA paranormal/supernatural book from the past few years, what would you create?

and City of Bones

. Charlotte would use her super-web-spinning skillz to create intricate runes to fight alongside Jace and the other Shadowhunters. She would be one bad-assed web-spinning demon hunter!


Thank you so much for stopping by The Broke and the Bookish, Kimberly! I think Charlotte would be so beyond badass but still a sensitive and smart heroine!
Posted by Jamie at 12:52:00 PM