Ever since my honeymoon, I've been kind of obsessed with reading books set in the beautiful islands of Hawaii. I've read fiction and nonfiction, adult books and children's literature. Anything that takes me back to that place and its people and culture. I've found a good number of books that are not only set there, but are also great reads. Or movies. 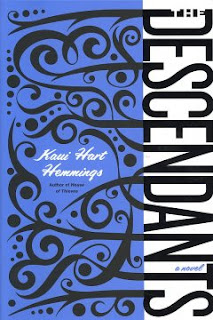 I watched the movie before reading the book, and I have to say I did enjoy the former better than the latter. Though I must say, never have I seen a movie that lifted so much of the dialogue right out of the book it's based on. Both are good.

The Descendants the movie 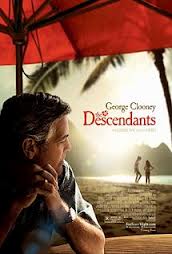 The movie is much richer visually, for obvious reasons, and thus gives a much stronger sense of place. It also developed the land issue that Matt King must figure out (he is the head of a trust that owns a huge piece of land on the island of Kaua'i and must decide whether to sell or not). I just think the visual medium is a better way to tell this story, and I like the characters better in the way they are portrayed here. 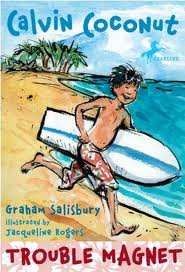 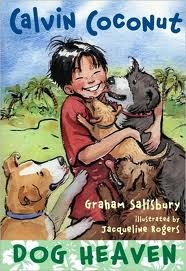 I love this series, which is aimed at children ages 7-10. It is set on Oahu, and follows the life of 4th-grader Calvin Coconut (yes, it's his real name; his dad is a famous singer who legally changed their name to Coconut before leaving them). I love that the stories are things that aren't about Hawaiian "issues," they are just about Calving getting into trouble or situations and trying to solve them on his own. And yet the Hawaiian culture is such a part of everything regardless, it doesn't need to be explained to readers who might not be familiar with it. And that might be the thing I love the most about this series.

This rich and poignant novel tells the story of Hawaii's history over the course of the lives of seven generations of women. It's a long book, but well worth it—it taught me about the lives of the people of Hawaii during America's seizure of its lands, its annexation, the leprosy plague, and in the late 20th century. It is eye opening and beautiful. 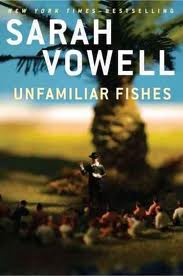 This is a fantastic nonfiction book about Hawaii's history and culture. I listened to this on audio, and Vowell was great, though she did take a little getting used to.

And now I'm going to leave you with a few pictures from when I was in Hawaii.