R holds forth on The Beach by Alex Garland 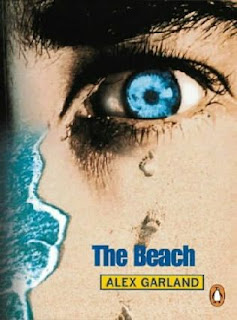 by Alex Garland
Penguin, 1996
How I got this book: The library

Why I read this book: It seemed like a good idea at the time.

Some time ago, I made an exception to my usual rule of reading the book before watching the version that moves and talks like it’s really happening – I watched the movie adaptation of The Beach. You know, that particularly fine piece of cinematic splendour (and I say this with heavy, heavy irony) starring the freshly post-Titanic Leo DiCaprio.

And then, some years later, I randomly chanced across the book in the library. So I read it.

In a nutshell, the book is about a secret, closed island community off the coast of Thailand set up by backpackers bored of the overrun tourist-trap beaches on the mainland. It follows a young backpacker (and, to an extent, his acquaintances) as he attempts to reach the community when a mysterious man named after a Disney character gives him a map. This man then proceeds to kill himself in a spectacularly gory way.

Interested? Yeah, I kind of was too. Especially because I’d heard that it differed quite significantly from the movie. What I hadn’t realized at the time was that differing from the movie adaptation does not necessarily mean the original book is any better.

According to Wikipedia (the most accurate source of information known to humanity), the author Alex Garland claims to have accumulated a larger number of movies watched than books read. Yeah. It shows. The Beach comes across as a book that is very much a product of cinematic techniques.

It consists of a collection of short chapters, each one something like one of the scenes in a thriller on the big screen – punchy, engaging, full of anticipation. That’s the best thing about the book, in my opinion: You can’t stop turning the pages because the tension keeps building, even when the characters aren’t doing anything very important in particular. Especially because the characters aren’t doing anything important in particular.

Because if there’s one thing the movies have taught me about idyllic resort islands (cases in point: Jurassic Park, Jaws), it’s that you get your butt out of there quick as you can. Because Bad Things Will Happen and You Don’t Want That. Unless, as a member of a hypothetical movie audience watching the latest blockbusting extravaganza – or as a reader anticipating a climax to an engrossing thriller – you actually want bad things to happen. You want to see sacrifices, you want things to blow up, you want people to expire violently and you really like that sort of thing. In which case:

There is a moment within the climax when the shortfalls of Garland’s movie-inspired style make a conspicuous appearance. It’s a particular point when it seems the scriptwriter in him has envisaged a full-blown action sequence, but feels that words are unable to evoke the same excitement that a technicolour punch-‘em-up would. So just when I was bouncing in my seat, keen to know more about what happened next… He left the scene hanging and ended the chapter with a cheerily frustrating ellipsis, like so: “…” That’s right, he made his climax fade to black like the cliffhanger at the end of a movie.

I could have wept in frustration.

I give The Beach 2.5 stars, and largely for the chapters when Richard wanders through the jungle pretending to be in Apocalypse Now.
Posted by R at 7:21:00 AM