Seeing as tomorrow is the start of Banned Books week, I decided to use this post to highlight the top ten books that were banned in the year 2011 as reported by the ALA and the Office for Intellectual Freedom.

The Hunger Games Trilogy by Suzanne Collins - $5 - $10
"Could you survive on your own, in the wild, with everyone out to make sure you don't live to see the morning?"
The Hunger Games (AZ | BN)
Catching Fire (AZ | BN)
Mockingjay (AZ | BN) 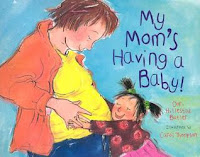 My Mom's Having A Baby! A Kid's Month-by-Month Guide to Pregnancy  by Dori Hillestad Butler - $6.95
AZ

"Elizabeth's mom is having a baby, and the whole family is involved. Elizabeth learns all about the baby's development, and she traces his growth, month by month."

"Alice McKinley is about to become a teenager, but she doesn't know how. Her mother has been dead for years, and what do her father and her nineteen-year-old brother, Lester, know about being a teenage girl?"

What My Mother Doesn't Know by Sonya Sones - $7.99
AZ | BN
"My name is Sophie.
This book is about me.
It tells
the heart-stoppingly riveting story
of my first love.
And also of my second.
And, okay, my third love, too."

Gossip Girl Series by Cecily Von Ziegesar - Various
"Welcome to New York City's Upper East Side, where my friends and I live, go to school, play, and sleep--sometimes with each other."

To Kill a Mockingbird by Harper Lee - $7.99
AZ | BN
"Compassionate, dramatic, and deeply moving, To Kill A Mockingbird takes readers to the roots of human behavior - to innocence and experience, kindness and cruelty, love and hatred, humor and pathos."

To learn more about Banned Books week, check out http://bannedbooksweek.org/.