Let's see what I can find this week!


Jamie pointed me in the direction of some really cool eDeals for all you YA fans out there at HarperCollins' Epic Reads site. These four books are $2.99 until September 17th (Sadly, it's US only though). Links go to Goodreads for descriptions.

Here are some other deals: 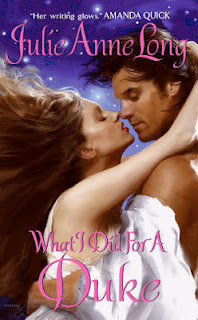 
For years, he's been an object of fear, fascination . . . and fantasy. But of all the wicked rumors that shadow the formidable Alexander Moncrieffe, Duke of Falconbridge, the "ton" knows one thing for certain: only fools dare cross him. And when Ian Eversea does just that, Moncrieffe knows the perfect revenge: he'll seduce Ian's innocent sister, Genevieve--the only Eversea as yet untouched by scandal. First he'll capture her heart . . . and then he'll break it.

But everything about Genevieve is unexpected: the passion simmering beneath her cool control, the sharp wit tempered by gentleness . . . And though Genevieve has heard the whispers about the duke's dark past, and knows she trifles with him at her peril, one incendiary kiss tempts her deeper into a world of extraordinary sensuality. Until Genevieve is faced with a fateful choice . . . is there "anything" she won't do for a duke?

I've only heard good things about this book. It is the fifth in her Pennyroyal Green series, and has been sitting on my TBR pile for months! This is a great deal. 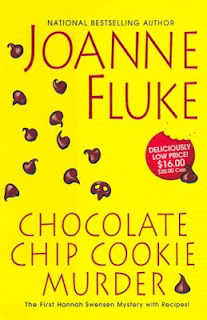 
Hannah Swensen already has her hands full, between dodging her mother's attempts to marry her off, and running Lake Eden, Minnesota's most popular bakery, The Cookie Jar. But when the Cozy Cow Dairy's beloved deliveryman is found murdered behind Hannah's bakery with her famous Chocolate Chip Crunchies scattered around him, Hannah sets out to track down a killer. The more Hannah snoops, the more suspects turn up. This is one murder that's starting to leave a very bad taste in Hannah's mouth, and if she doesn't watch her back, her sweet life may get burned to a crisp.


So I don't know how much you have been keeping up with the agency pricing lawsuit that the Department of Justice has been working on. Dear Author does some GREAT recaps of what is going on and when. The settlement of three publishers (HarperCollins, Simon & Schuster, and Hachette) means that each individual eStore can start discounting things on their own. So the price is not set by the publisher. My whole point with this is that some of these sales that I find now, unless set by the publisher (like the YA set) or all eStores are matching the other eStores, the prices may not be consistent. If you interested in learning more, here is a link to Jane's summaries. It's lawyer talk translated for laymen.

All summaries from Goodreads. If you have any suggestions for deals to feature, please email Julia (bambbles{at}gmail{dot}com).

**Sorry the links are so weirdly placed. It looks good in Chrome and Firefox, and horrid in IE. They are all still functional, which is the important part :)