Hi TB&TB readers! I thought I'd mix things up today and do a spotlight post for a good friend who is hosting a book tour for none other than Melinda Salisbury! You might've heard of her due to her first well received novel, The Sin Eater's Daughter. Today I am posting all the juicy details about the sequel, The Sleeping Prince, which was released just yesterday! Enjoy! 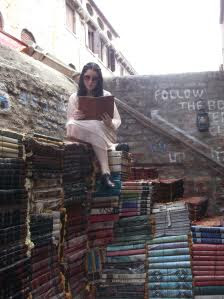 Melinda Salisbury lives by the sea, somewhere in the south of England. As a child she genuinely thought Ronald Dahl’s Matilda was her biography, in part helped by her grandfather often mistakenly calling her Matilda, and the local library having a pretty cavalier attitude to the books she borrowed. Sadly she never manifested telekinetic powers. She likes to travel, and have adventures. She also likes medieval castles, non-medieval aquariums, Richard III, and all things Scandinavian. The Sin Eater’s Daughter is her first novel, and will be published by Scholastic in 2015. She is represented by the amazing Claire Wilson at Rogers, Coleridge and White. She tweets. A lot. 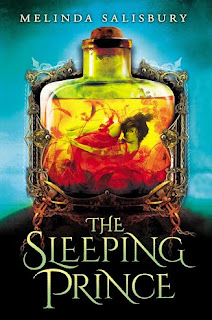 Return to the darkly beautiful world of The Sin Eater's Daughter with a sequel that will leave you awed, terrified... and desperate for more.

Ever since her brother Lief disappeared, Errin's life has gone from bad to worse. Not only must she care for her sick mother, she has to scrape together rent money by selling illegal herbal cures. But none of that compares to the threat of the vengeful Sleeping Prince whom the Queen just awoke from his enchanted sleep.

When her village is evacuated as part of the war against the Sleeping Prince, Errin is left desperate and homeless. The only person she can turn to is the mysterious Silas, a young man who buys deadly poisons from Errin, but won't reveal why he needs them. Silas promises to help her, but when he vanishes, Errin must journey across a kingdom on the brink of war to seek another way to save her mother and herself. But what she finds shatters everything she believed about her world, and with the Sleeping Prince drawing nearer, Errin must make a heartbreaking choice that could affect the whole kingdom.

Interested yet? I know you are... which is why I'm happy to announce a giveaway! Please use the rafflecopter below to enter to win a finished copy of The Sleeping Prince by Melinda Salisbury!