Top Ten Books I Was "Forced" to Read!

This week we are talking about the books you were "forced" to read! Obviously, in most cases, you weren't LITERALLY forced to read it but you know what we are getting at here. Those required reading books, book club picks, books for your job or those books that it simply feels like other readers were going to tie you down until you read it!! 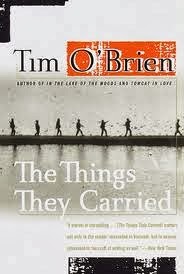 1. The Things They Carried by Tim O'Brien: This was a required read book in high school and I managed to NOT read it, write an essay and STILL get an A. But then, in college, it got assigned to me in a class and I had to write a HUGE paper on it that could NOT be done without reading it again. I'm SO glad it got assigned to me again because I ended up LOVING it.

I was picked to be the newbie for the Epic Reads The End Is Near event they had. I had to read the books and do some guest posts on their blog. I was obviously a willing participant but I was "forced" to read it in a sense.

3. Code Name Verity by Elizabeth Wein: Book club made me read it! It was on my radar but I likely wouldn't have gotten around to it as soon as I did had it not been for book club!


4. The entire Harry Potter series: Kelly and Kimberly knew I had only read the first book and were basically like, "you're reading all of the books this summer".  And I did. I really liked the books A LOT more than I thought I was going to.  But I think my favorite part of being "forced" to read the series was texting Kelly and Kimberly whenever I got a part that made me sad, angry, happy, etc, and discussing it with them. Thank you to you both! 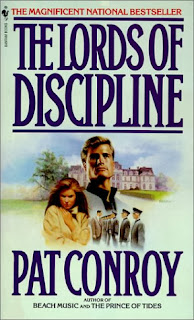 5. The Lords of Discipline by Pat Conroy: I took a class in high school called "Classic and Modern Novels." We had to read one book together, and this was it. I went into it thinking that I would seriously hate it, but I came out loving it. Recently I am wondering how much was nostalgia and how much is actually this is a great book, so I picked up a copy and plan on giving it a reread.


6. Fatherland by Robert Harris: In my high school world history class, we had to read one book each semester that was on the teacher's pre-approved list for things that had relevance to history. This one is an alternate history "what if the Nazis won WWII" book. It's a mystery detective story and amazing. I read have read this one since high school and it held up to my nostalgic scrutiny. If you like this sort of book, do yourself a favor and check it out!


7. Macbeth: I had read Romeo and Juliet earlier in my highschool career and kinda felt meh about it (except for the fact that I loved the Leonardo DiCaprio movie). But once I read Macbeth I fell in love! It was such a cool work. I really want to see a good rendition of the actual play. Someday.

8. Much Ado About Nothing; In the same vein, college had me read this comedy. It was my first of Shakespeare's comedies. I had no idea how funny it would be (once I read through all the translations from old timey english to modern english/explained some of the references from the time). I would have never picked it up myself.


9. Pride and Prejudice, easily. We had to read it over the summer before my senior year in high school for my AP Literature class. Later, in college, I took a class on Jane Austen just so I could read all her novels (even though I had actually read them already). JA rocks! 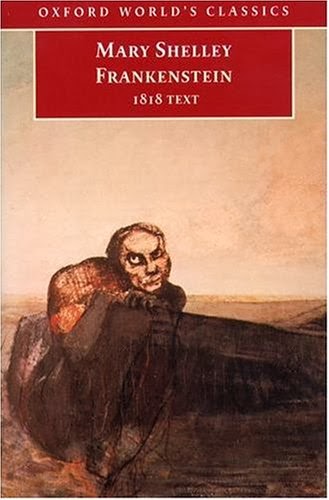 10. Frankenstein by Mary Shelley. I was assigned this book once a year for the first three years of college, all for different classes and professors, and I was surprised by how much I liked it. And how much I hated the title character. Seriously, he's awful. But the book itself is one I feel fortunate to have been able to discuss with different groups of people in different contexts. I'm not sure I'd have picked this up on my own otherwise.

Which books were you "forced" or were gently nudged to read??