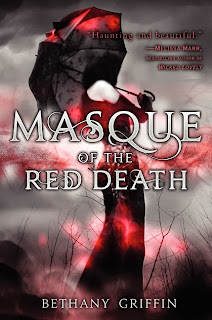 
Everything is in ruins. A devastating plague has decimated the population, and those who are left live in fear of catching it as the city crumbles around them. So what does Araby Worth have to live for? Nights in the Debauchery Club, beautiful dresses, glittery makeup . . . and tantalizing ways to forget it all. But in the depths of the club—in the depths of her own despair—Araby will find more than oblivion. She will find Will, the terribly handsome proprietor of the club, and Elliott, the wickedly smart aristocrat. Neither is what he seems. Both have secrets. Everyone does. And Araby may find not just something to live for, but something to fight for—no matter what it costs her.

Note: There are quite a few YA books on sale over at EpicReads. If you are looking for some good YA deals, check them out as a good number of them end Oct 28th. 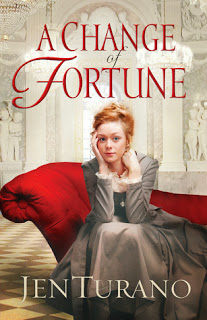 
Lady Eliza Sumner is on a mission. After losing her family, her fiance, and her faith, the disappearance of her fortune is the last straw. Now, masquerading as Miss Eliza Sumner, governess-at-large, she's determined to find the man who ran off with her fortune, reclaim the money, and head straight back to London.

Much to Mr. Hamilton Beckett's chagrin, all the eyes of New York society--all the female ones, at least--are on him. Unfortunately for all the matchmaking mothers and eligible daughters, he has no plans to marry again, especially with his hands full keeping his business afloat and raising his two children alone.

When Eliza's hapless attempts to regain her fortune put her right in Hamilton's path, sparks instantly begin to fly. The discovery of a common nemesis causes them to join forces, but with all their plans falling by the wayside and their enemies getting the better of them, it will take a riot of complications for Hamilton and Eliza to realize that God just might have had a better plan in mind all along. 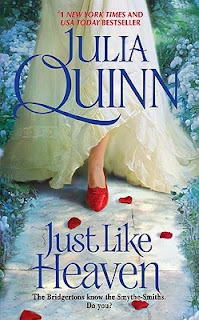 
Honoria Smythe-Smith is: A) a really bad violinist
B) still miffed at being nicknamed "Bug" as a child
C) not in love with her older brother's best friend
D) all of the above

Marcus Holroyd is: A) the Earl of Chatteris
B) regrettably prone to sprained ankles
C) not in love with his best friend's younger sister
D) all of the above

Together they: A) eat quite a bit of chocolate cake
B) survive a deadly fever and the world's worst musical performance
C) fall quite desperately in love
It's Julia Quinn at her best, so you know the answer is . . .
D) all of the above 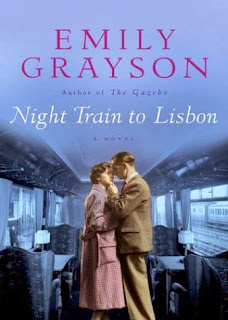 
Carson Weatherell is a privileged young American woman traveling in Europe in 1936, courtesy of her aunt and uncle who live abroad and have kindly offered to show her the sights. A bout of illness and self-pity almost send her back to her sheltered Connecticut life, but on an overnight train to Lisbon, she suddenly can't imagine returning home. On that train she meets Alec Breve, a young British scientist traveling with a group of colleagues -- and in his company, Carson finds that she's enjoying herself, certainly for the first time since she left New York Harbor, and quite possibly for the first time in her life.

In Lisbon, Carson and Alec begin an intense love affair, but their bliss is threatened when Carson's uncle reveals that Alec might be a spy for Germany. He insists that it is essential that Alec be trapped and brought to justice, and the only person who can deliver an unsuspecting Alec to the proper authorities is Carson. Desperate to believe in her new love -- and terrified of discovering she has fallen for a traitor -- Carson must choose whether to prove her lover innocent or leave him to face the consequences on his own.