Blog Tour: The Rules of the Tunnel: My Brief Period of Madness + Giveaway

Book/Author: The Rules of the Tunnel: My Brief Period of Madness by Ned Zeman
Published: August 4, 2011/ Gotham
Where I got this book: received for review by TLC Book Tours (Thanks!)
Rating: 3 stars

Brief Summary: A journalist faces his toughest assignment yet: profiling himself. Zeman recounts his struggle with clinical depression in this high- octane, brutally funny memoir about mood disorders, memory, shock treatment therapy and the quest to get back to normal.

My thoughts: I've said this before about reviewing memoirs... how can I possibly judge something that a person experienced? This is not a product of someone's imagination, these are the true events of Ned Zeman's life. Admittedly, I had some trouble getting into the book at first, as I felt there was a bit too much focus on the people he profiled at his job as a contributor to Vanity Fair. However, as Zeman began falling into the dark, twisted world of the clinically depressed and started experimenting with different medications, I found myself quickly sucked into the story. After many failed attempts with mood altering drugs, he turned to the controversial ECT (electroconvulsive therapy, also known as electroshock therapy) and once again the story got a whole lot more interesting.

ECT pretty much did exactly what it sounds like it should do to a person's brain. Ned began to forget things but continued to go through the emotional ups and downs as his brain was subjected to the scheduled brain frying sessions. Despite the unfortunate circumstances, there was a humor present in Zeman's rehashing of events. He was able to poke fun at himself and the sad state of his sanity which is something I give him a lot of credit for. He went through so much crap and found himself feeling desperate enough to try anything that might help him. As a Psychology minor, reading about other people's downfalls and learning about the way the mind works has always been an interest of mine. I was very impressed with the way Ned's friends formed a support group for him in order to make sure he was getting to his appointments and taking care of the things he might forget because of the amnesia. Things could have turned out much different for Ned had he not had such an awesome group of people who cared about him.

I think that I could have done without a lot of the info in Part 1 of the book, but overall I found The Rules of the Tunnel: My Brief Period of Madness to be an entertaining and informative story about how depression can completely take over a person's life, and the ways in which it can affect those around you. I'm actually quite interested to learn how he was able to recover enough to remember details and write this book. ECT sounds like such a horrible procedure, I'm surprised that he's not a vegetable by now! 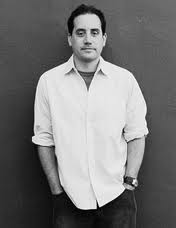 +Giveaway!
Thanks to TLC Book Tours, 1 lucky reader can enter to win a copy of The Rules of the Tunnel: My Brief Period of Madness. Click HERE to enter!  Contest will end at midnight (EST) on Tuesday, August 9. US/Canada residents only, please. Good luck!