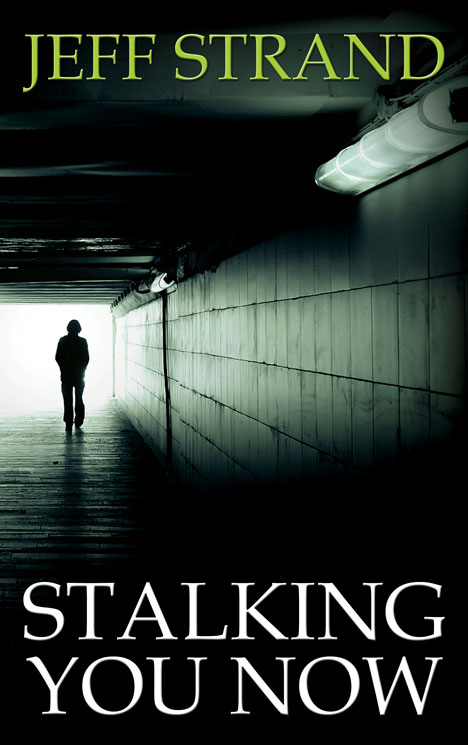 Summary (from Goodreads): The reprehensible man sits in the restaurant. Laughing with his friends. Entertaining them with a story about his wretched behavior.

He doesn't know that somebody at another table is watching him. Somebody filled with hatred. Somebody waiting for him to be alone. Somebody with duct tape and a gun.

It's a night for vengeance. And a hell of a lot more.

Review: This is a cute little novelette that I got from NetGalley. I’m totally into dark, thriller-y type things, so I thought this would be right up my alley. Don’t get me wrong, I was correct, but not for the reasons I thought.

Like I said (and like you would also think from the description), I thought it would be a dark thriller. Instead, it was more of a dark comedy, and definitely the kind that makes you say, “Wait, what??” and turn back to what you just read to make sure you didn’t read wrong. I thought it was a really clever plot: the guy with the duct tape and gun is the narrator, stalking the “reprehensible man.” However, you’re hit with a twist right away: the reprehensible man is not, objectively, so reprehensible; while you start out thinking that the stalker is seeking justified vengeance, you soon discover that it’s quite the opposite.

I can’t say much more about this without revealing major plot points, and since it probably works out to about 50 paper pages (I read it on my iPad), I imagine it won’t take anyone much more than an hour or so to read.

Bottom Line: I thought this was a pretty good little story. I thought the narrator’s voice was hilarious, and really enjoyed reading it.

I’d recommend this book for: Anyone who needs to amuse themselves for an hour or so with a darkly comedic, thriller-ish story.