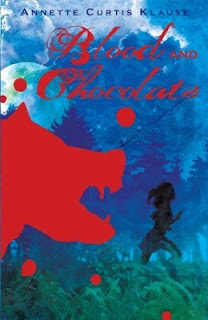 
Vivian Gandillon relishes the change, the sweet, fierce ache that carries her from girl to wolf. At sixteen, she is beautiful and strong, and all the young wolves are on her tail. But Vivian still grieves for her dead father; her pack remains leaderless and in disarray, and she feels lost in the suburbs of Maryland. She longs for a normal life. But what is normal for a werewolf?

Then Vivian falls in love with a human, a meat-boy. Aiden is kind and gentle, a welcome relief from the squabbling pack. He’s fascinated by magic, and Vivian longs to reveal herself to him. Surely he would understand her and delight in the wonder of her dual nature, not fear her as an ordinary human would.

Vivian’s divided loyalties are strained further when a brutal murder threatens to expose the pack. Moving between two worlds, she does not seem to belong in either. What is she really—human or beast? Which tastes sweeter—blood or chocolate? 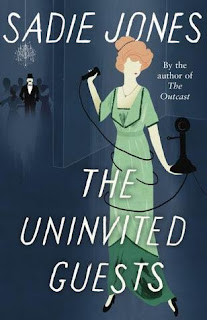 
One late spring evening in 1912, in the kitchens at Sterne, preparations begin for an elegant supper party in honour of Emerald Torrington's twentieth birthday. But only a few miles away, a dreadful accident propels a crowd of mysterious and not altogether savoury survivors to seek shelter at the ramshackle manor - and the household is thrown into confusion and mischief. One of their number (who is most definitely not a gentleman) makes it his business to join the birthday revels. Evening turns to stormy night, and a most unpleasant game threatens to blow respectability to smithereens: Smudge Torrington, the wayward youngest daughter of the house, decides that this is the perfect moment for her Great Undertaking.

The Uninvited Guests is the bewitching new novel from number one bestseller Sadie Jones. The prizewinning author of The Outcast triumphs in this frightening yet sinister drama of dark surprises - where social codes are uprooted and desire daringly trumps propriety - and all is alight with Edwardian wit and opulence. 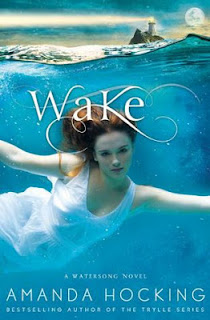 Gemma seems to have it all—she’s carefree, pretty, and falling in love with Alex, the boy next door. He’s always been just a friend, but this summer they’ve taken their relationship to the next level, and now there’s no going back. Then one night, Gemma’s ordinary life changes forever. She’s taking a late night swim under the stars when she finds Penn, Lexi and Thea partying on the cove. They invite her to join them, and the next morning she wakes up on the beach feeling groggy and sick, knowing something is different.

Suddenly Gemma is stronger, faster, and more beautiful than ever. But her new powers come with a terrifying price. And as she uncovers the truth, she’s is forced to choose between staying with those she loves—or entering a new world brimming with dark hungers and unimaginable secrets.