Jamie Talks About The Last 3 Books She Read

Hey all! September was an awful reading month for me as I've mentioned on here earlier in the month (great month otherwise!). I only read 2 books and, while that's great compared to probably the rest of the world, it's so bizarre to have read so few books for me. But October is here and I've already read one book so hopefully I'll get back into the swing of reading!

Let's talk about the last 3 books I did read though! 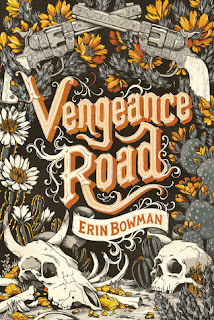 
This was such an adventurous romp through the Wild West! Definitely digging the Western setting -- gold mining, shootouts, lots of horse riding, gangs, etc. I enjoyed this book but it didn't quite make me LOVE it because I just didn't feel much for the characters. The main character is someone I felt badly for -- she lost her mother early on in life and now her dad just got murdered by a notoriously awful gang and she is driven by revenge to go find them and settle the score. But the problem was I didn't feel like she ever became more to me than a girl who was hellbent on exacting revenge. You see hints of other aspects of her character but I never felt anything except this revenge. There were some surprises in this book and I thought as far as the action and adventure went it was compelling but it was lacking in the character department for me.
I received this book for review consideration and this did not affect my opinion in any way. 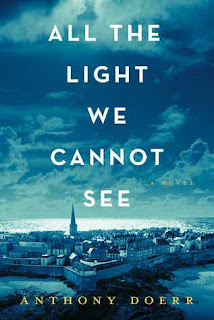 All The Light We Cannot See by Anthony Doerr:


This book was soooo hyped so I added myself to the library request list and waited until like literally 500 other people read it before me. FINALLY I received it! And guess what? It was JUST AS GOOD AS EVERYONE SAID. I loved it so much! I'm always a sucker for a WWII setting (probably one of my favorite settings for historical fiction) and I loved both POVs so much. I love the way it flipped timeframes and how that allowed their stories to unravel as we awaited how their path's would cross. COULD NOT PUT IT DOWN. Worthy of the praise! 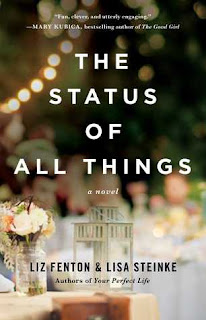 The Status of All Things by Liz Fenton & Liz Steinke:

This was a quick and enjoyable read! It's about a woman whose marriage-to-be has fallen apart and she gets the chance to go back and change things. It had a supernatural sort of method like Landline by Rainbow Rowell for how she gets to go back and change things to make it better between she and her fiance though I found Landline to be more impactful and thoughtful for me. I also really enjoyed the conversation about social media and how it can be good but also how it can be deceiving.

Have you read any of these books? Thoughts? Tell me the last 3 books YOU read!!