One Space or Two? 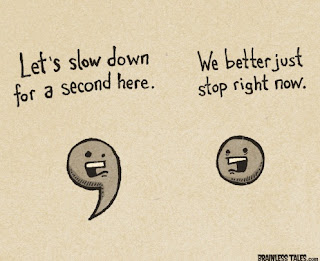 A few days ago I came across this interesting article, Space Invaders. It's about the number one rule of typography most people break: they put two spaces after a period. Who knew that the correct way was only one space? I sure didn't! All throughout school whenever teachers were talking about how to format papers we were always told "never begin a sentence with 'because' or 'and' and there are always two spaces after a period". Now I am rethinking all those English classes.

Fellow readers,
are you guilty of this heinous grammar crime? Are you a one or two spacer?

I tried my absolute hardest to only have one space after each sentence in this post. But it is SO hard after having two spaces ingrained in my head for all those years, it's almost second nature to hit the space bar twice.

*Edit: I am actually really surprised at the number of people that are one-spacers! Two spaces after a period was ingrained into my head in school (I graduated high school in 2004).
Posted by Jen at 11:00:00 AM