A Cocktail & Conversation With TB&TB -- If You Could Be A Book Villain...

If you had to be a book villain, which one would you choose to be and why?

Lori says:  I think I would want to be the Queen of Hearts from Alice's Adventures in Wonderland.  It would be a lot of fun to just be able to scream "Off with their heads" when I got mad and something be done about it.  I'd get to live in Wonderland and would get to be a character that isn't really despicable, but isn't liked.  Plus, I think that there is some really good potential for some interesting outfits. 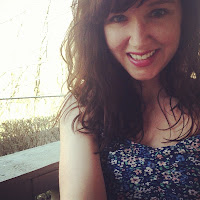 Jamie says: OH THIS IS HARD because I'd never WANT to be a terrible person like many of these villains but I'd say that if I HAAAAD to be a villain I'd pick Queen Levana from Cinder because I'd like to travel through space and her whole glamour thing would be useful in getting what I wanted -- I could trick people into seeing me as the most beautiful creature on earth. The bad stuff about her would suck but WHATEVER I'M A BADDIE SO I DON'T CARE.

Paula says: Could I be Big Brother? I know if that counts as a villain. I want to be an entire dystopian government. If I had to choose an actual villain it would be The King in Yellow from The Book of Heroes by Miyuki Miyabe.  The King in Yellow has crossed over to our world from the land of books and is the manifestation of every villain ever told. So he's a pretty bad dude and he's here to ruin your day (or life).


If you had to be a villain/baddie from a book who would YOU choose?

Email ThisBlogThis!Share to TwitterShare to FacebookShare to Pinterest
Labels: Cocktail and Conversation, Jana