Tahleen reviews: "Anna and the French Kiss" by Stephanie Perkins 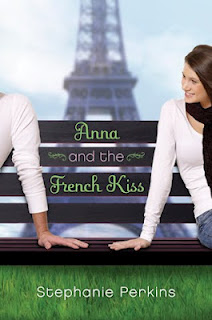 Title: Anna and the French Kiss
Author: Stephanie Perkins
Publisher: Speak, 2011 (paperback)
Okay, okay, I know. What took me so long. Life got in the way, kids. But I finally made it, months after everyone else. And of course, everyone was right.
Anna is being sent to France against her will for her senior year of high school. At least it's an American boarding school, but still, she's pissed at her dad (a famous author who sounds suspiciously like Nicholas Sparks) for taking her away from everything she knows and sending her to some foreign country on her own. But she eventually settles in, makes friends, and is forced to get to know the city by said friends, especially St. Clair (that's his last name, first name Etienne). Friendship gets complicated between these two though, when both start to feel something more but, oh hey, St. Clair has a girlfriend. Then throw in a mean girl, another dude, and the excitement only Paris has to offer and you get one awesome book.

There's really not much more I can say about this book that hasn't been said, but I'll do it anyway. Yes, St. Clair has a British accent and is a super nice guy and is extremely attractive (and short—my fiance would approve), but he also has his baggage. This includes a truly awful father and the inability to be alone at this time in his life (you'll see why). Anna is equally down to earth, and she has an appreciation for film that is rarely seen in YA novels—her aspiration is the be one of the few female film critics. Their relationship is incredibly real and exactly what a friends/more-than-friends relationship is like. Anyone who's ever been in that sort of situation will feel the same way, I'd guess. And I love that it takes the appropriate amount of time for them each to fall for the other.

Did I mention there are serious issues in here too? No? There are serious issues. Bullying, for one. At one point Anna has to deal with some truly terrible people and I actually cried at how they were treating her. That's not the only real-life issue in here, but that's where I'll stop because I don't want to give any spoilers for the few who have yet to read it.

And how could I forget the setting? This book made me want to go back to Paris, since hey, I was there for only 7 hours between trains. The food, the people, the excitement are all intoxicating. Even though it rained most of the days in the book, I still wanted to be there.
I stayed up late to finish this, something I wasn't expecting to do, and that doesn't happen very often for me. So yes, this book is everything everyone has been saying it is. It's truly worth the read, not only because of how utterly delightful it is, but because of it's depth and the truth behind every relationship.
I know the American cover isn't the best, one of the reasons I didn't read it sooner, but let me show you an alternate cover I found: 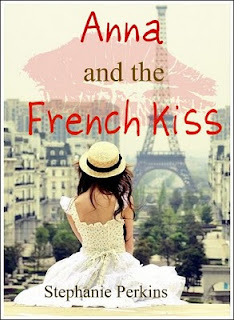 Isn't that so much cuter?
Side note: Did anyone else think the way Anna was described sounded exactly like Anna Paquin in X-Men? Gap between the front teeth, bleach in the hair, her name is Anna...

Disclosure: I got this book from the library.
Posted by Tahleen at 8:27:00 PM