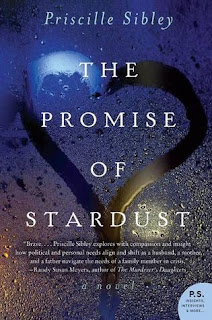 
Matt Beaulieu was two years old the first time he held Elle McClure in his arms, seventeen when he first kissed her under a sky filled with shooting stars, and thirty-three when he convinced her to marry him. Now in their late 30s, the deeply devoted couple has everything-except the baby they've always wanted.

When an accident leaves Elle brain dead, Matt is devastated. Though he cannot bear the thought of life without her, he knows Elle was afraid of only one thing-a slow death. And so, Matt resolves to take her off life support.

But Matt changes his mind when they discover Elle's pregnant. While there are no certainties, the baby might survive if Elle remains on life support. Matt's mother, Linney, disagrees with his decision. She loves Elle, too, and insists that Elle would never want to be kept alive on machines. Linney is prepared to fight her son in court-armed with Elle's living will.

Divided by the love they share, Matt and Linney will be pitted against each other, fighting for what they believe is right, and what they think Elle would have wanted resulting in a controversial legal battle that will ultimately go beyond one family . . . and one single life. 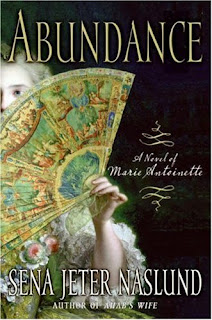 
Marie Antoinette was a child of fourteen when her mother, the Empress of Austria, arranged for her to leave her family and her country to become the wife of the fifteen-year-old Dauphin, the future King of France. Coming of age in the most public of arenas, the young queen embraces her new family and the French people, and she is embraced in return. Eager to be a good wife and strong queen, she shows her new husband nothing but love and encouragement, though he repeatedly fails to consummate their marriage and in doing so, fails to give her the thing she—and the people of France—desire most: a child and an heir to the throne.

Deeply disappointed and isolated in her own intimate circle apart from the social life of the court, the queen allows herself to remain ignorant of the country's growing economic and political crises. She entrusts her soul to her women friends, her music teacher, her hairdresser, the ambassador from Austria, and a certain Swedish count so handsome that admirers label him "the Picture." When her innocent and well-chaperoned pilgrimage to watch the sun rise is viciously misrepresented in satiric pamphlets as a drunken orgy, the people begin to turn against her. Poor harvests, bitter winters, war debts, and poverty precipitate rebellion and revenge as the royal family and many nobles are caught up in a murderous time known as "the Terror."


There wasn't really much to choose from today. But luckily, Jamie covered a whole bunch a few weeks ago, some of which are still going on! Check those out too!