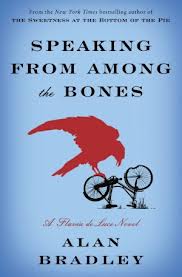 Disclaimer: I received an e-galley of this book from NetGalley.
Tahleen at 7:00:00 AM
Share